Marciana Marina, one of the most picturesque villages of the island, is framed like a precious jewel among the rocky cliffs.

On one side you find the old harbour, in the back the granite massif of the Mount Capanne and on the other side the small touristical harbour protected by the anciant Pisan Tower. The town counts 2.000 inhabitants and is famous for its touristical value and services. 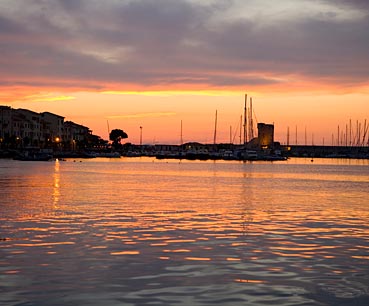 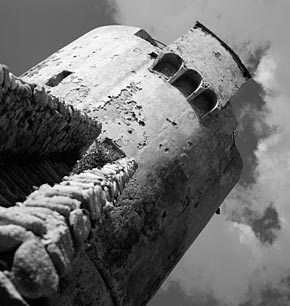 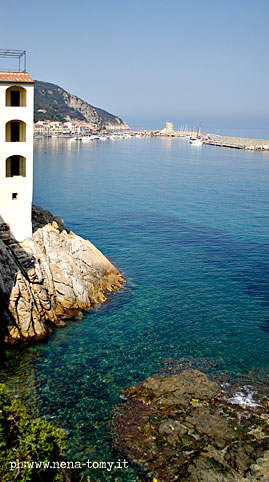 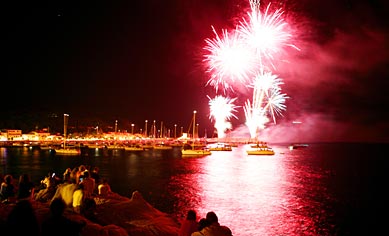 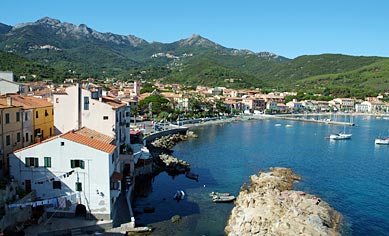 The harbour is dominated by beautiful fortified medicean tower (XVI cent. A.D), that became, since then, the defense and the emblem of the town.

Marciana Marina has been awarded the Blue Flag for the tourist dock.
On the opposite side of the gulf lies 'Il Cotone' the oldest part of Marciana Marina which hosted at its origins only some houses of Ligurian and Napolitan fishermen and sailors.

The link with the past, when centuries of history and popular culture have interlaced a strong social and urban web, is easy to feel walking along the seafront with its tamarins, or through the inner lanes, along the precious and small pieces of land, jeallously surrounded by strong walls and carefully cultivated.

The sea influenced marciana marina as well as the old farming traditions. The large amount of fish and the protected harbour always helped the fishing activities and the people from Marciana Marina were always good navigators and mariners and distinguished themselves as famous captains and admirals.

Also very beautiful and absolutely to see are the surroundings of Marciana Marina which are worthwhile a longer visit.

Poggio and Marciana for example, two old mountain villages, one in front of the other. They can be reached over the road that leads to the Mount Capanne. From these villages you have a breathtaking panoramic view over the valley and the gulf of Marciana Marina, and the islands of the tuscan archipelago Capraia and Gorgona.

Here are some of our current offers for the whole season, for you and your family.

We've planned your holidays with children in mind, and we offer you a discount on the ferry that will carry you to one of Tuscany's loveliest destinations.

If you book your holiday accommodation with us, you will get an on line discount on your ferry ticket 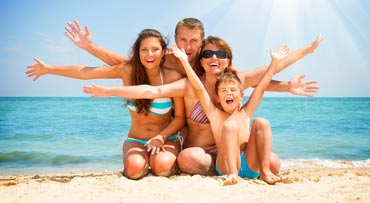 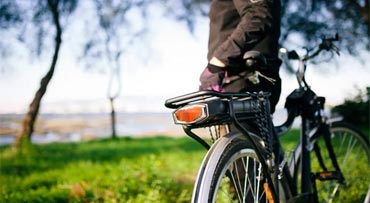 A holiday in Marciana Marina

They tell about us

This hotel is the perfect place for a romantic getaway as well as a place where families can unwind and share true quality time enjoying the many activities the hotel and the town have to offer. Their salt water pool is very therapeutic. Soak up the sun, play tennis, swim, beach it, enjoy great food and Italian wine, and sip an espresso. This hotel has it all. It is a great place to make a life of vacation memories. Wish I could visit every year, many times each year. I'm looking forward to my trip next.

The staff treats you like family, making sure you enjoy your stay. I have vacationed at this hotel since I was 9 years old, returning many times with my parents and then again with my children. Although this town never changes, no trip has ever been the same. The food is delicious wit h offerings of local fare. Their seafood dishes are their specialties. Being the only hotel in this town on the beach makes this a truly relaxing location.